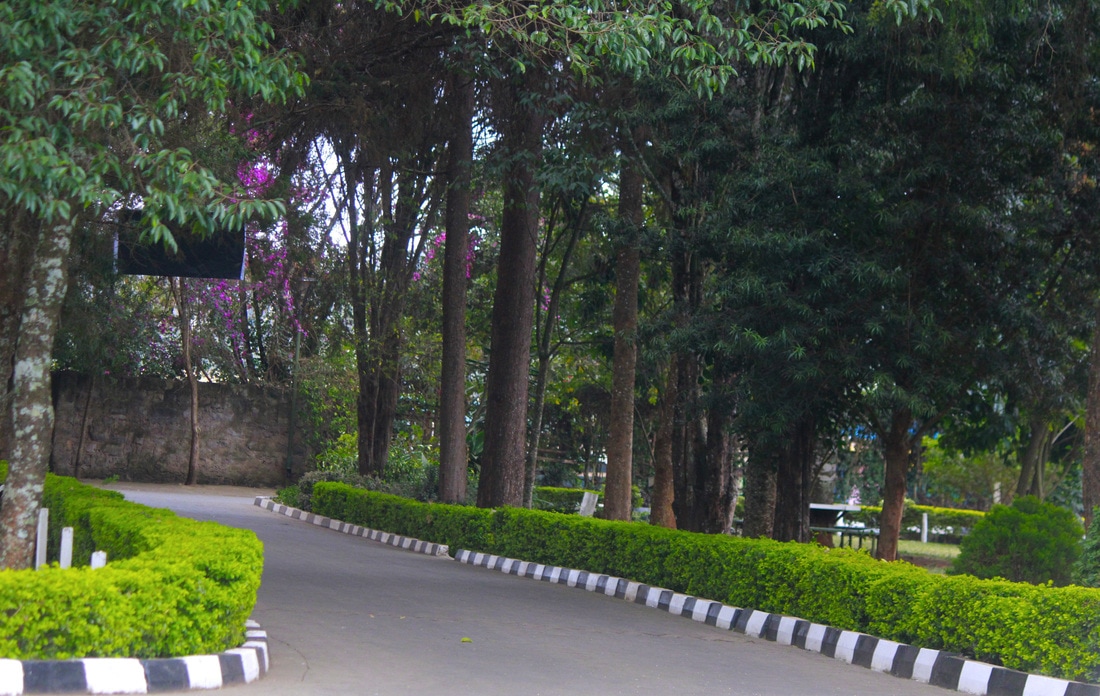 image: Mwakesi Mwakale
Too Blinded
Diana Nyakyi
It was Monday afternoon, and Mwita was being fired for urinating on a potted plant in the office garden. He hadn't spotted the new camera over the weekend, when he had come in on orders from the bosses to chop down the neem tree that had boundless roots, to make way for the chairman's new parking spot.

High up on the side of the building, the camera had perched like a falcon, eyeing the green clusters of pots and the three office cars. But Mwita was too blinded by thoughts of his bedridden wife to notice anything different. Twice already, he had pleaded with the bosses to help pay for her medicine. Twice they had denied him. So as he swung at the trunk, he pictured his wife where he left her, lying in wait, arms limp, until he could return and change the wraps on her sores.

That Monday morning, on seeing the footage, the bosses spilled masala tea on their potbellies. They summoned Mwita and played it for him before sounding off in blasts. As they sent him away, he hung his head at the thought of such a finite witness. Had the camera also recorded his thoughts, it would have shown the sorrow that had cloaked him and the despair that had pressed down on him. The bitterness that chewed on him would have appeared as he unzipped his trousers.

Diana Nyakyi is a freelancer living in Dar es Salaam. Her writing has appeared in LossLit Magazine, Afridiaspora’s My Africa My City anthology, and the book Street Level by Sarah Markes.
The views expressed here are those of the authors and do not necessarily reflect the views or opinions of the editors.
© 2015-2022 Kikwetu