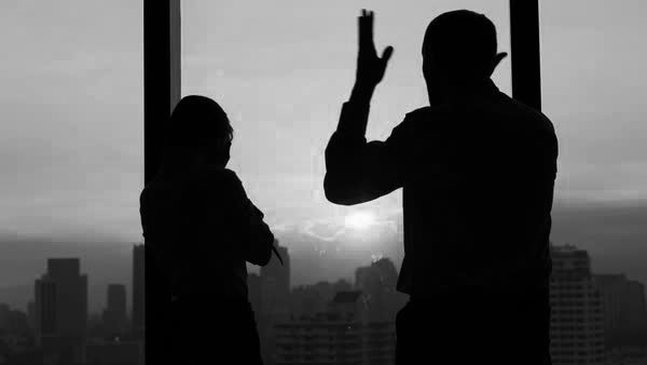 The Healer
Noel Cheruto
My husband irritates me.

It is his humanness. He unapologetically fills up a room with his self and crowds out anything else around him. He is not fat or anything like that. Quite the contrary, actually. He stands at a healthy hundred kilos, his muscles lean and well shaped, spreading evenly throughout his six-foot frame.

"I found a solution to your problem," he says, without looking up from his laptop.

It is his humanness. His self. He has a way of spreading himself, like an unwrapped chocolate bar in the hands of a child on a hot day.

"I found a healer," he continues. He says healer with a drawl, like an American, Healaw.

I look at him suspiciously, my eyes demanding an explanation.

"Not a juju man, or a witch doctor. Not those African waganga. He is the real deal." He carries his accent foolishly, like an Olympiad wearing his medal long after the games.

"We go tomorrow. To him. To Mombasa," he says, still not looking at me.

I sigh in agreement, not moving from my spot by the window. My mind wanders to the first time we met, ten years ago. I was a student at the University of Nairobi. A warm and cloudless Saturday. I was walking out of the big ladies' hostel, unoriginally named the box on account of its shape. I can see myself now, as I was then; a skinny, naive girl, buoyed by the hope of infinite possibilities. I wore faded blue jeans and a small white t-shirt.

I saw him from across the carpark—a dark, handsome man, perched precariously on the hood of a neat little car. I could have walked past. I should have walked past. But his eyes pulled me in. They were a startling grey. The colour of a lake just before a big storm. I had never seen anything like them.

I walked up to him, my hefty books cradled uncomfortably under my armpit. He smiled uneasily and looked around, half expecting to be a victim of a campus joke.

"Are those yours?" I asked boldly.

"What?" He laughed a little. "Oh, my eyes? Yes, no contact lenses, all me." His accent sounded like music to me. He laughed, a high-pitched laugh that ended as abruptly as it began.

"Are you pure Kenyan?"

Those words poured out of his lips without thought. Lucky. As if having African features were a curse.

We were there for hours. In the gentle heat of a Nairobi morning, we talked. Wisps of his life came floating toward me.
He was waiting to pick his sister up to take her home for the weekend. He had just come back home to Kenya from Kansas.

He had a doctorate in anthropology, and was an established researcher and consultant. He claimed to be a “Kenyan Expert.” I laughed at this, thinking he had made a joke, until I saw the earnest in his eyes. He was serious. As if it were possible to be a people's expert.

He tried his hardest to be American. Anything he deemed African made him cringe in horror.

An unbalanced affair started that day. I, the willing student of what I thought were intriguing worldly ways, and he, the patient teacher, laughing, not unkindly, at my clumsy ways.

We were married two years later. I could see my folly, even then, with naivety shrouding my clarity. He was not the one. Like a child presented with the possibility of a short-lived adventure, I took my chance.
*
I open my eyes slowly. My husband, Andrew, is standing over me, poking my right shoulder with a finger. The morning light hurts my eyes.  I lie in bed, unwilling to move, the soft white duvet wrapped around me like a cocoon.

I dive further under the covers, willing him to leave me alone. I breathe in deep, attempting to smell myself. A mix of blue cheese and oranges. I like my stink. It reminds me that buried deep under my unfeeling soul, I am alive. Rotting, but alive.

Another poke. "We will miss our flight. Please get yourself together." I feel his desperation washing over me like a cold shower.

I sink further under the covers as my mind escapes to the days when I was happy, when my soul was alive, vibrating with joy. I let my mind wander through my past until finally, as it always does, settles on the day everything changed.

I have replayed that moment so many times, sometimes I am convinced it is a movie. I wish it were a movie.

Two years into our marriage, Andrew and I had tried everything we could to conceive. Unsuccessful and frustrated, we sought professional help.

A tall and slim Indian doctor with slender fingers.

"Chronic anovulation," he declared, looking at me dispassionately through his fingerprint stained glasses.

"You can never have children," he added, uncomfortably sifting through the papers on his table. The swiiish sound they made as he turned them over pierced through the silence of the room.

I turned my eyes to Andrew in the foolish hope of consolation. His eyes were firmly fixed on the certificates lining the wall directly behind Dr Shah. Three of them hung side to side in elegant gold frames.

"Andrew," I started, desperately. He kept his eyes fixed on the certificates, strong declarations of Dr Shah's qualification. University of Nairobi. University of Manchester. Harvard Medical School. He did not look at me. He still hasn’t since then. Not even once, now eight years later.

I can still feel the darkness that swept over me that day. It came slowly, settling in like a drop of ink in a bowl of water. It took over my life, choked my joy.

Depression, they called it. The doctors I visited, one after the next. Each one giving me an array of expensive pills that only made me feel worse. And unsolicited advice.

"Just get yourself together."

"Maybe if you could smile more..."

"You are lucky, you don't have a real disease."
*
He looks like a painting, the healer. He is seated under a dark, green mango tree, in perfect stillness. His eyes are closed, long eyelashes trembling slightly in the wind. His legs crossed under his pure white Kanzu.

"Sit," he says, as we approach him, using his lips to gesture at the woven papyrus mat next to him. He feels our presence. His eyes are closed.

"Not you." He waves Andrew away. Andrew hangs his head like a rejected puppy and moves aside.

I arrange myself on the mat, feeling a little ashamed of the weight around my thighs that make it impossible to cross my legs. His finger touches his thick lips lightly. Silence. We sit there in silence for what feels like eternity. Not knowing what to do, I look at him keenly. He has a long, kind face. His nose is unusually flat against his face; like a baby clinging to his mother's back.

"Look around you." His voice is deep. Soothing. "Everything you have, you have brought upon yourself."

I am speechless. Is he blaming me for my own troubles? Really?

"Only you can heal yourself. Set yourself free. No one else can do it for you,” he says, waving me away with his long, elegant fingers.
*
La Salumeria Restaurant in Valley Arcade has the best seafood risotto in Nairobi. I should know. Andrew takes me there for our anniversary dinner every year.  I have the risotto every year. He is polite and friendly to the wait staff yet refuses to look at me, every year.  I hate the way my skirt is too tight around my waist every year. I only wore it because I thought Andrew would like it. I wish I hadn't. There is nothing I want more than to eat all the garlic bread on the table.

I sit nervously, not really sure what to do with myself, as Andrew is preoccupied with his phone. Suddenly, he looks directly at me. I forgot how shockingly beautiful his eyes are. The colour of a lake just before a storm.

A strange voice escapes my lips. It tickles my throat. It takes me a minute to realize that I am laughing. I can't remember the sound of my own laughter because I haven’t laughed for so long. This thought tickles me even more and now I am laughing so hard, my eyes are tearing.

My skirt feels too tight. I can't breath. I reach down to unzip it, and feel the relief as my stomach settles back to comfort.
Noel Cheruto enjoys the art of storytelling. A recent story of hers, “The General,” was published in On the Premises. She lives in Nairobi where she spends most of her free time practicing Bikram Yoga.
The views expressed here are those of the authors and do not necessarily reflect the views or opinions of the editors.
© 2015-2022 Kikwetu