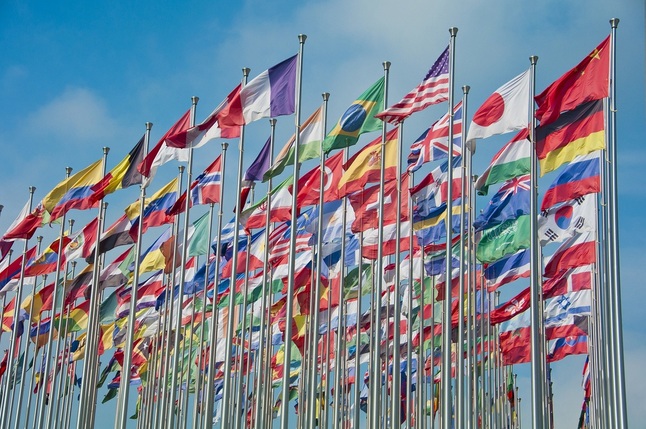 A Poem after Pausing at the Tanks Scene in the Unbearable Lightness of Being
﻿Sanya Noel
There are memories
of choirs in cathedrals
and requiem masses in the morning
and Russian tanks on the streets.
This is no armed man for peace.
Karl Jenkins could have been wrong.
The flags fly at half-mast.
Other flags cover the dead
and we move to get some other flags flying at half-mast
to cover more of the other dead.
Some other dead we carry in our hearts.
Some dead we don't carry at all,
but they carry our petitions to God.
That one was my friend, they say to God,
as the tank turrets are calibrated to precision.
That one was my son, they say
as the tanks move to form a wall.
We're two walls,
one of Russian tanks and
another of flesh and bones.
The choirs go on in cathedrals
and flags fly at half mast,
continuing to be a source
of more flags
to cover up the dead.

Sanya Noel is a technology enthusiast living in Nairobi where he works. He writes poems, fiction, and essays. He spends a big chunk of his free time reading and the rest of it either writing or just studying art. He’s been published in a few spaces here and there, the most recent being in Kwani? 08. He is finishing up working on his first poetry collection.
The views expressed here are those of the authors and do not necessarily reflect the views or opinions of the editors.
© 2015-2021 Kikwetu