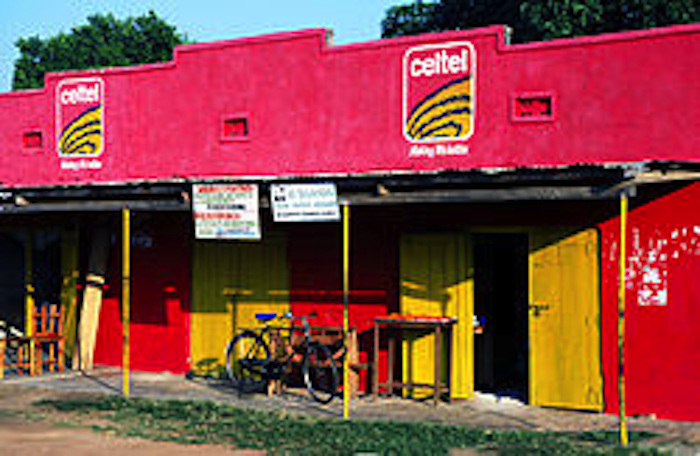 Murmurs of the Spring
Livingstone Lutomia
Makindu-Kanange Road looked desolate but there were signs of life. A few scattered people, each absorbed in their own thoughts, walked in various directions. Trees by the sides of the road were soaked in dust, making their leaves dip. The Kanange spring stood isolated but not lonely, many people could be seen hanging around it. Tony looked at the spring again as he headed to the shop. Children marveled at the sand, rubbing their naked tummies against it as they stuck their tongues out in pleasure. His gaze shifted towards the adults and wondered why they idled around the spring, especially when the country was facing recession. He often heard his mother complaining to a neighbor that she could no longer afford to buy sugar, unga and majani chai.
He was so engrossed in thoughts that he got startled when someone touched his shoulder.

“You are not serious Tony.”

“Sawa tu Tony. There is some work for us today.”

Abra’s school shorts, his daily wear, were covered with sand. He had also been playing along the spring. On hearing the word work, Tony’s excitement rose. Although his mother and elder brother always took care of everything at home, Tony did not just sit around and wait to be fully supported. Like most of the boys his age, he was always on the lookout for a few coins; slashing someone’s compound, mending a fence, harvesting maize and such like chores.

“Teacher Manasseh wants us to help him mend his fence for 100 bob.”

Tony tried to compose himself as he approached the Indian’s shop. Since his father’s death, the Indian had always supported them in many ways. His father had been working on the building belonging to this Indian during its construction when it suddenly collapsed, killing all twelve men. The Indian had taken care of his father’s final sendoff, leaving their family with an assurance that he would be available to assist them. His father’s death, combined with the recent economic turmoil, had slapped them so hard that they were now barely surviving.

The sun, which looked like a red ball of fire, was now approaching the center of the sky. Its powerful shafts cut across the air, tempering with the previously tranquil atmosphere. Tony wiped sweat from his face. His stomach rumbled and he increased his pace. They had gone without food the previous night and now his mother had sent him to the Indian for help. He found the he Indian calibrating his weighing machine. The Indian took 1 kilogram of flour and gave it to him, as if he had known that he would come. Tony started for home at once.

He found Jack, his elder brother waiting for him at the gate.

“What is it you are carrying?” Jack asked.

“You know it is flour, what else could it be?” He replied.

“I see the Indian has been kind again,” Jack said, a thin smile appearing on his chapped lips. “It is not flaa…it is flawa.”

“Is that how high school teachers say it…?”

“Yes. You are lucky I only reached Form Two. Otherwise, I could have boxed you with all sorts of crunchy words,” Jack said reminiscently.

Jack had dropped out due to lack of school fees. Tony was still in primary school and his brilliance had made the school administration pay his fees.

Jane, their mother, received the flour with a wide grin. She was already dressed in the blue apron she always put on whenever someone offered her a painting job.  As she went towards the kitchen to prepare porridge, she thanked God and asked him to bless the Indian shopkeeper.

Her two sons went to sit under a dried mango tree.

“How is school Tony?” Jack asked.

“They are thinking of making me head boy,” Tony said.

He waited for his brother to respond but Jack was taking too long. He always felt happy and motivated whenever his brother praised him for his hard work. What was wrong with Jack today? Tony wondered. Maybe it was due to the effects of yesterday’s hunger.

He walked to the kitchen to confirm if the porridge was ready. He came back with two steaming cups and placed one before his brother. Tony stared at his brother as he sipped the porridge and wondered what had made him look so pale today. Just then, he noticed that brother’s face had started losing its charming youthful look. The distinct lines, which had never been there, could now be clearly seen across his forehead. His eyes seemed lifeless, they no longer had the shrewdness they had once possessed. In a low, almost inaudible tone, Tony said, “you don’t seem well brother.”

Jack shifted his gaze from Tony to the empty space. The air seemed cool but its currents carried torrents of torment, ready to hit at anybody embracing it, thinking that it had brought fortunes. To Jack, the whole world was a lie, a bad dream. He wanted to say that to his brother but opted not to. He had to tell him something to break the long silence.

“You see Tony, the most important thing in this life is time.”

“Our Science teacher also told us the same,” Tony chipped in happily, “He always reminds us that every minute that passes can never be recovered. Where did you learn this?”

“As people grow up, they observe and learn a lot.”

With that, Jack stood up and walked towards the house, his face regaining its earlier paleness, the fleeting happiness ending with the conversation. He came out carrying a tattered yellow paper bag which normally contained his mjengo clothes. He told his mother that he would be working overtime thus would come home late. An owl hooted from some tree. Tony looked at the half empty cup and then at the disappearing figure of his brother. He stood up slowly and took the cups.

When he entered the house, he found his mother trying to get roots out of the pale looking cassava plants. She wanted to prepare them before leaving for her daily errands.

“Jack does not seem to be feeling well mother.”

“He has job worries on his mind but will be fine. Don’t worry so much about it.”

That evening, they sat in silence waiting for Jack to come back.  It was not unusual for him to turn up late and after all, it was only seven. Tony could not stop thinking about the fifty shillings teacher Manasseh was supposed to pay him. They had mended his fence and he had promised to pay the following day. At least he would buy a Kofa geometrical set. They had taken cassava for their supper and to break the silence in the room, Jane started narrating a tale to her son. As much as she was trying hard not to show it, her worry could not be hidden. Her eyes kept roving over to the clock. The alarm song from the clock nearly made her jump from her chair.

It was nearing midnight and yet Jack had not turned up. His mother had by now stopped narrating the story. It was then that they heard the screams.  They both rushed to where the screams were coming from. A few miles away from their gate, a crowd had gathered. From the clearly shining moon, Tony could see a group of young men holding large sticks and machetes. Other people were just watching, chanting war-like songs. He tried to spot where his mother was but the crowd had swallowed her.

The shouting had become part of the night and even the fireflies in the atmosphere could be seen dancing to its tune. Tony remembered the owl, the hooting. Though he was not superstitious, that owl worried him. He could see the figure on the ground in a pool of blood. He turned his head away the moment he set his eyes on it. Tony wished that Jack could have been present and maybe he could have comforted him with one of his philosophical lines. As he was trying to leave, there was a sudden surge which propelled him further upfront. He found himself just at the foot of the stump of a man.

The figure was looking at him, summoning him, summoning him.  He bent down to confirm his fear. It was him and there was no doubt about it. He felt a sudden sharp incision on his chest and then it disappeared as fast as it had come. Tony could not cry. Except for his eyes, every part of his body shut down. He did not even feel as people stepped on his feet. His brain froze. He just wanted to be with his brother. He sat down, next to the warm body and touched it.

“Is it true brother? It cannot be. You never even touched mama’s money.”

As the crowd started dissipating, Tony still stared at the dead body, waiting for an answer. He felt angry at the people who had done this. Even if Jack was a thief, he didn’t deserve such treatment. Tony thought everyone had gone but Jane was standing right behind him. She slowly walked towards the other side of the body.

After some time, Jane spoke, “That he was caught trying to snatch a purse. They could have forgiven him but the excited young men started first.”

“Why did he do it mother?” Tony asked.

Her son could do anything to get them money but he was not a thief. Jane’s eyes were on her Jack’s face. The bright light from the moon powered through the atmosphere to make it partial daytime. She could see her son’s eyes clearly. Although they were swollen, the stillness in them pronounced it clearly: they were wrong mother.

Slowly, Jane bent down and closed her son’s eyes. The wind continued howling but this time in more hushed whispers. Maybe it was also moaning. A few steps away from them, the splendiferous Kanange spring could be heard murmuring, and in the murmurs was anger.

Livingstone is a creative writer with a thirsty pen. He graduated with a BA from Kenyatta University and did Creative Writing as his minor. Livingstone has written many short stories that will soon be out to quench the reader's thirst.
The views expressed here are those of the authors and do not necessarily reflect the views or opinions of the editors.
© 2015-2021 Kikwetu