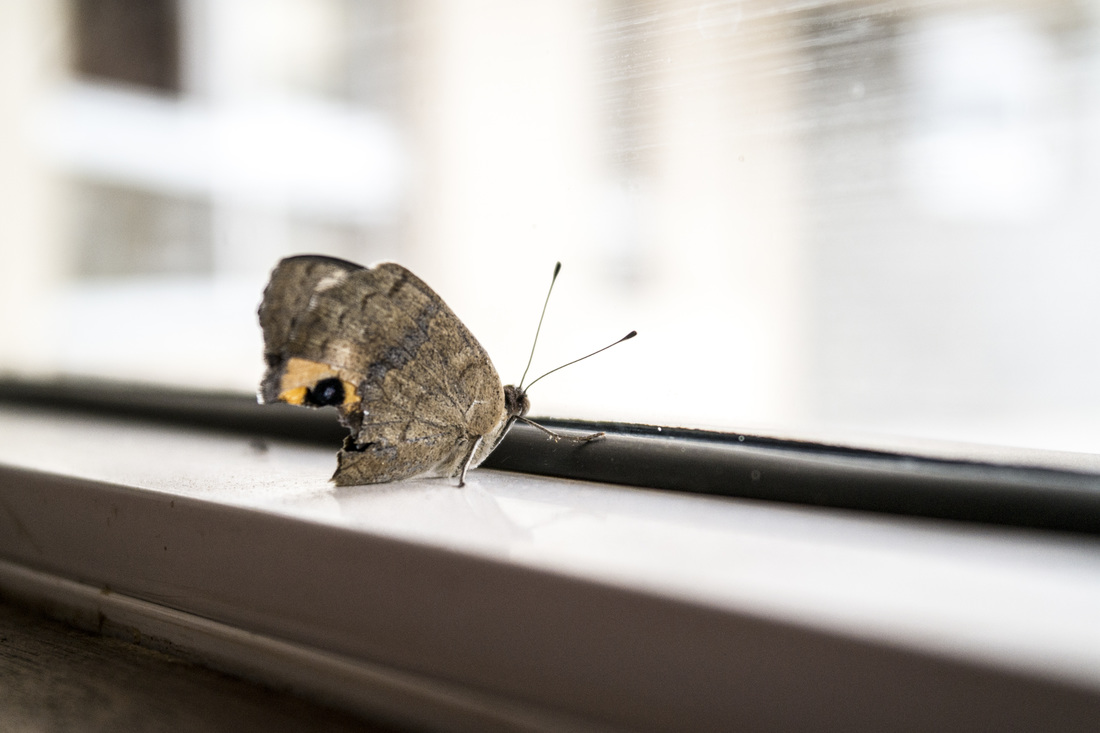 South African miners toil in the eye of the sun. Men die like the ants of the earth in Latterdam. In a fifty-foot hole of a fifty-foot tomb, they are separated from their families by dependable nightmares and unforgiving dreams.
Oh, please, Mr. Von Mantor! Maylard Kambani just wants to see his wife Busisiwe. He just wants to see the light of day. He just saw a black cave of death. It was his face. It was his body.

A rock breaks in his hands. He lights up his helmet. A big flash comes down on the rock. It is a diamond, a big diamond. He gives it to Jacoi. They pass it around amidst the noise of the cave.

The thirsty men lick their dry lips. They cough up the earth from their lungs. The ground awakes from sleep. Wide eyes pray to all sorts of gods as they start to run. Maylard runs with the diamond. Almost there… closer…closer…

He watches his friends tumble and fall as the cave explodes under their feet. He hears death call him back. He reaches out to a gloved hand. The mine explodes around him. “Ahhhhh!” His own two eyes are not worried anymore.

A voice of a friend cries, stinging like pepper in the eyes.

“Hold on, my friend . . . hold on!” Jocoi punches through the stones, “hold on!” A knot of cold forms in his stomach, he keeps digging.

“Give this to my wife . . .” He throws him the diamond and drifts into the nasty world of death.
***
Maylard Kambani’s widow, Buisiswe, finds comfort in stitching up a blue brocade dress for the missus in her tin can shack. She smiles down at her butter-head son, Titua. He is just four, with a wide mouth and a coconut, big-eyed face that tells love to dance around. He is playing with a friend, a grape-shaped beetle on the dirt floor of their tin can shack. She can’t stop the tears as she thinks of her Maylard. She buried him in the paper trash earth two days ago. He was a wise man and will be good for heaven.

Hours sweep by under the white diamond moon. Men come to bring her to justice in the night in this province of the KwaZulu. Fear rises in her chest . . . it is the police.

Busiswe drops the dress. Her hands shake. She unlatches the door. As she starts to peek, a rifle butt smacks her face.

Her son cries, “Mommy!” One of them snatches him and flings him to the wall. “Ahhhh!”

The third police officer is fat. “Boy, get away.” He pulls him off her. They all laugh and chomp on their tongues. Moss-covered hands fall down on her round curves. Viking flames come up in the men’s bellies as they laugh and stretch to take her body to the heavens of torture. He rips his fingers down the front of her dress and unzips it. “She is a lovely Black.” He fondles her breasts.

Busiswe rolls her head back. Closes her eyes and tries to think of her husband, her son but feels the shadows taking her to her king in the skies. She bites her lips as the fingers go up her thighs.  The pain drowns out her screams.

The other police officer takes his belt off. “Give us the diamond . . . It belongs to the state . . . to the people!” He brings his hand across her left eye. “You thieving Black!”

“You lying Black!” The other two men hold her down. He pulls up her dress. “You must pay the people of the state for your theft!” His hands come up under her dress to feel the night train between her legs. Hands and fists cover her mouth, quieting the screams.

“Please! Don’t!” Her hand reaches to stop him, but can’t and she is bleeding like a pink washcloth over the earth’s stomach. She calls out to her baby. “My son! Ahhhhh! My son! My Lord!”

Later, the three police officers stand by a small tree in front of the tin-roofed shack. They are laughing and drinking from a cheap bottle of rye. The one with the scar wipes the back of his hand across his lips. He tosses the diamond to the one with the bad teeth. “I told you she had it . . . Burn it down.”

The one with the scar lights a match to a bottle of kerosene, throws it at the door of the mother and child’s home.

The fat officer says, “That’s enough play for tonight, gentlemen. Let’s go.” They walk to their jeep as they fire off rounds of bullets at the crowd gathering around the home of Maylard Kambani.

George Prue is an African American author.  His poem "Inside the Kingdom" was published in The Voices Project in 2013.
The views expressed here are those of the authors and do not necessarily reflect the views or opinions of the editors.
© 2015-2020 Kikwetu