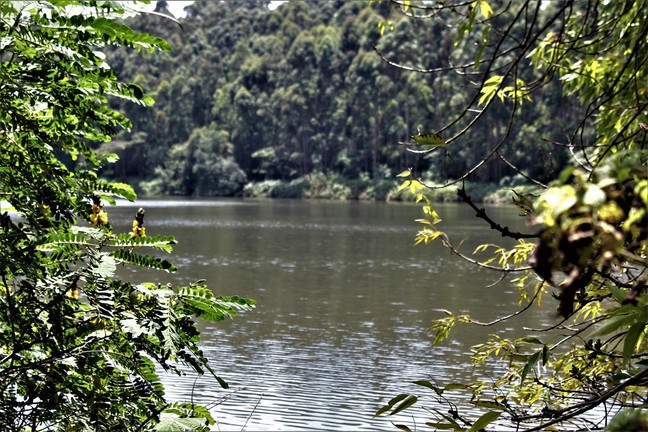 image: Shadrack Maithya
City of Salts
Chisom Okafor
When the time comes for stars to stir in
the way of light dancing on a collage of pearls,

the schooled fisherman sets for home, jaded,
to a makeshift bedpost waiting, like the highway woman for a favourite client.

What songs does he choose to lullaby
his children, or stories, retold so often, they have become nocturnal clichés?

Far into nightfall, he starts to break metaphor into
fragments of seafood for a feast: my mother was told by her mother

who was told by three mothers before her
about the parable of salt and water. Or how else does a man, lost in the mystery of rivers

begin to explain this incomprehensible fable
that defines the similarity between elements: Love and War. Salt and Water. Fishermen.

Fishers of men. Love and War again. How does a man
in a country of salts begin to explain his longing for water, to his sleeping sons?

Chisom Okafor lives and writes in Nigeria. His works, which explore childhood, memory, loss and his own sexuality, appear or are forthcoming in the Indian Journal of Literature and Aesthetics, Prairie Schooner, EXPOUND, Sentinel Literary Quarterly, TUCK, The PoetryDigest, Praxis, Kalahari Review, the first and second editions of The Art Naija Series on Brittle Paper, and elsewhere. He was the 2017 moderator of PIN Monthly Poetry Challenge, and the pioneer coordinator of the PIN literary connect centre in Yaba, Lagos. His debut chapbook is set to be published this year.
The views expressed here are those of the authors and do not necessarily reflect the views or opinions of the editors.
© 2015-2022 Kikwetu