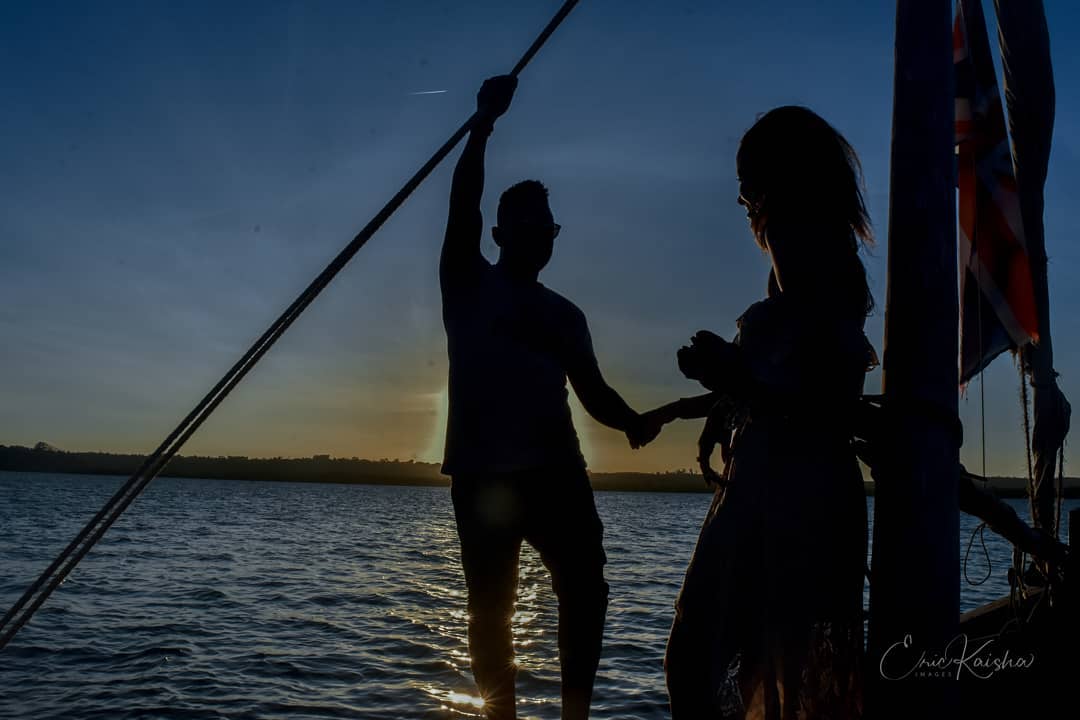 We Sing Tizita to Bring Back Our Dead / an excerpt
Mukoma Wa Ngugi
Miriam claimed she was 90 years old, but I suspected she was around 70. I had done a generous story about her called “the oldest bartender in Kenya” and for that she always gave me a few drinks for free.  First she lost her mother to the politically induced famine – Mengistu had used starvation as a weapon against civilians to punish the rebels. Then before they could have children, she had lost her husband to the armed struggle to oust Mengistu.  That was when Ethiopian anti-Mengistu and Eritrean nationalists wanting to liberate Eritrean from Ethiopia fought their common enemy together, an enemy whose allegiances to the West and the Russians shifted with his fortunes.  Then she lost her sister to the fratricidal war that ensued between the Ethiopians and Eritreans after they ousted Mengistu.  Eventually she was left standing alone.  So she made her way to Kenya, in “the worst kind of loneliness, of being lonely and last one standing”, she had described it.   She had run into Mr. Selassie, and from their mutual despair the ABC was born.

To me she seemed like she was born the way she looked.  In the last ten or so years, I had yet to see her age, or with a wrinkle out of place.  Dressed in long chiffons decorated with butterflies, a hundred bangles around her wrists, she commanded a quiet feisty dignity.

Sometimes she would ask me, “Doctor,” - people sometimes called me Doctor, or Doc for short, for the stories I occasionally doctored for The National Inquisitor. “Doctor, I know why I am here – in this place.  But you, why are you here?”

We are born many things and then cynicism, joblessness or revenge against a society that at some point did us wrong makes us become one kind of writer and not the other.  Or we are freaks.  Or harder to believe, we are led by a genuine desire for creative journalism.  It boiled down to this is what we were good at – sniffing out facts from gossip, blowing up a sex scandal that might have gone unnoticed, exposing a politician’s hypocrisy who really believes charity begins at home and therefore diverts public funds to buy diamond-studded sex toys, or turning into a laughing stock the homophobic priest who whines and pines after me as I go undercover into the sexual mysteries of the African Catholic church.  But that is not the kind of answer Miriam wanted to hear, she wanted something more fundamental, formative.

“I am an internal exile, a question unto myself,” I would evade, thinking of Askar, a character in Nurrudin Farah’s Maps, a novel that Miriam could have just as easily crawled from.

And then I would tell her how one weekend in 1982, my brother and I wandered out of the Intercontinental Hotel where we stayed whenever we accompanied my parents to Nairobi for one of those State House visits.  We did not know what was happening exactly, there was a lot of excitement out in the streets.  Someone was shooting a movie.  There were green branches from fig trees laid out on the streets, soldiers and kiosk women and men moaning in pain, some even pretending to be dead.  It took us a minute to snap out of our childhood innocence and realize we were not on a movie set and we ran all the way back to the hotel.  My parent’s visit to the State House had just coincided with a military coup attempt and they were hunkered in a bunker plotting a way out for the dictator.  I liked to think when Miriam looked at me, she saw past the Kenyan wealthy kid refusing to grow up to that kid traumatized by a history made by his parents.

But she would say something like, “You are just a rich spoilt boy – the world is not a movie” and I would wonder what it was that connected us.

If it was guilt, I had plenty of it.

“Hey Babe, how did they decide on the musicians?”  I asked her as she brought me my two beers.

“Nobody tells this old fool anything – its serve beer and shut up over here,” she answered.

I laughed and started walking away.

“That doesn’t mean I haven’t heard things though– no wonder you are such a poor reporter,” she said shaking her head side to side.  “You know the Tizita?”

“These are the best by the best – you see that guy over there?”  She asked, pointing at Mr. Selassie.  “He selected them.”

I started to laugh.

“As my people used to say, just because a man’s fingers are too short to play a guitar does not mean he does not know good music,” Miriam said, moving on to another customer.  That was another thing about Miriam – made up on the spot proverbs.

“You know what the Tizita is?” she asked me.

“Yes, in Boston I met her there,” I answered.

“It’s not always a her.  You are, in any case asking the wrong question,” she said and waited for me to ask the inevitably right question.

​“What is the right question?”

She high-fived me laughing as her wet hands sprayed some of the soapy water around us.

“The Tizita, there has never been a competition, it is degrading to the musicians – it is like asking who has a better heart, a better soul – how do you measure that?”  She asked me.

“We shall find out soon,” she replied.

“The Tizita, the words, what does it mean?” I asked Miriam, deciding to change tact.

“You know the most important invention in music?” she asked me with a wink.

“The electric guitar,” I answered, sounding like I was expecting to win something.  Bob Dylan, moving from acoustic guitar to electric – I could not sing a whole Dylan song but even I knew the story.

I leaned in and she pulled my ear so hard that I jumped.

“What the fuck?  Just tell me,” I said to her angrily.

“I just did,” she said laughing hard enough to need to lean onto the water filled trough where she rinsed our glasses.

“Your ear. Without the ear there is no music.  No?”
​
“Well, Miriam, one hundred years’ worth of wisdom and you give me the chicken or the egg question?”  I asked her as I rubbed my ear to calm it down.

“But is that really what you wanted to ask?” she asked as she sashayed to another customer who looked like he could use a beer.

“Why don’t you just tell me,” I said trying not to sound hurt.

“You know those stories about soldiers stopping a war to carry their dead and wounded, or Christmas, or something?” she asked me.

“Yes, I have heard of the story of how a Tizita musician stopped the Ethiopian – Eritrean war.  But it’s a myth – every major war has such a myth – a beautiful woman walking by, Christmas, a white dove, someone’s birthday – it’s just soldiers getting tired of war,” I answered.

“That musician, he is here tonight – you can ask him.”

She jutted her chin toward the dressing rooms.  Her smile, punctuated by a few remaining browned teeth, followed my kiss on her cheek as she slipped a fifth of Vodka into my hand.

“That’s on me – you are going to need it by the time the Tizita is through with you tonight,” she said and playfully cupped a warm wet hand on my face.

I slipped the fifth into my pocket and took a liberal swig from my beer. I did not have time to argue with her about the etiquette of pulling a customer’s ears for a cliché about chicken and eggs – it was show time.


The views expressed here are those of the authors and do not necessarily reflect the views or opinions of the editors.
© 2015-2019 Kikwetu